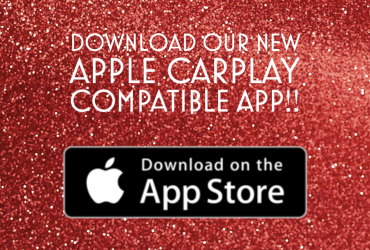 Posted About A Week Ago

Speeding, careless driving, distracted driving?  Generally, those are the causes of crashes with school buses.  And it happened again Tuesday morning in Marion County. The accident occurred when a 74-year-old woman smashed her SUV into a school bus stopped for students with lights flashing. The accident occurred near SW 155th Street and SW 100th Avenue near Dunnellon.  Officials say 23 children were on board the bus but nobody was injured.

Back in October, a student at Forest High School found a gun that had been stashed in a restroom. Now, police have arrested 16-year-old Bryce and 14-year-old Dyson Disalvo.  The teenagers face multiple felony charges.  Police narrowed their search after reviewing the surveillance video. Detectives learned that the gun had been stolen during a string of car burglaries, and in other surveillance videos, investigators determined that the Disalvo’s were responsible for those break-ins. 16-year-old Bryce is being charged as an adult. 14-year-old Dyson Desalvo is being held as a juvenile delinquent.

One More Time – If you Drink, Don’t Drive – Here’s Why

We’ve often mentioned the perils of drunk driving but apparently, some people don’t listen to Classic Hits and therefore don’t get the memo. One is 23-year-old Gabriel Hausy, who police say drove his SUV into a dentist’s office on SW 10th Street Monday, causing severe damage, then fleeing the scene on foot.  He wasn’t hard to spot. After a brief chase, Hausy was apprehended, failed a drunk driving test, and was arrested. In addition to drunk driving, the 23-year-old faces multiple other charges. His photo is now on our news site.  If you see him, be sure to congratulate him on his new status.

Walking Along the Interstate Is Illegal

There’s a reason why signs posted on the interstate say no pedestrians. The Florida Highway Patrol says a man walking along busy I-75 early Monday was struck and killed.  Troopers say the man was trying to cross the busy roadway. The driver of the vehicle was from Orlando. The accident occurred near the Orange Lake exit in northern Marion County.  The victim has not been identified.

Nobody won that $502 million dollar Powerball jackpot in Monday’s drawing. The new jackpot for Wednesday’s drawing is now a whopping $526 million. Check your ticket in any case. Florida officials say someone matched four numbers and the Powerball, making that ticket worth $50,000.

GOP Plan To Do Away With Public Schools Moves Forward

The GOP plan in many states to do away with the public school system is coming to fruition in Iowa. Republican lawmakers have passed a bill allowing any student who wants to attend a private school to use public money to pay for tuition or other expenses with few restrictions. Legislators in GOP states approve the measures believing that paying for private education is cheaper than providing constitutionally required public education.